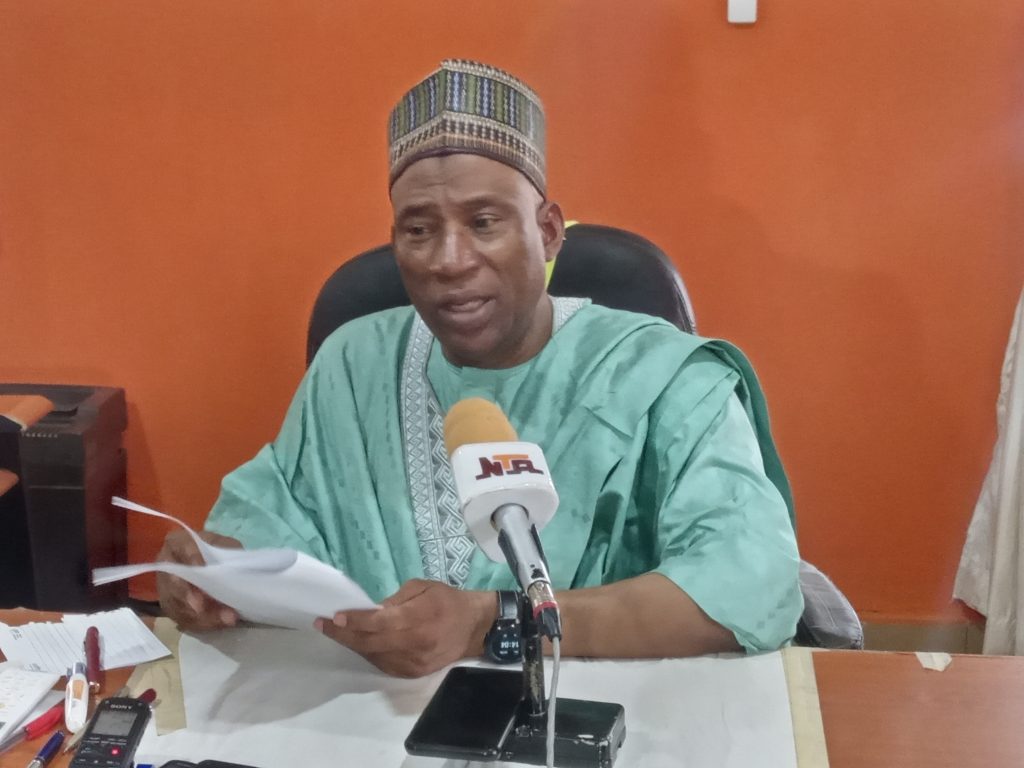 Blazonnews June 24, 2021 | 4:50 PM
Spread the love
The Kano Command of the National Drug Law Enforcement Agency NDLEA said it has discovered no fewer than three Cannabis Sativa farms in the State.
The Commander Isah Likita Mohammad made this known Thursday during a press briefing at the Command’s Headquarters Kano in commemoration of 2021 International Day against drug abuse and illicit trafficking with the Theme: Share facts about drugs, Save Lives.
According to him, the farms were uncovered in three Local Government Areas of the State comprising Gwarzo, Danbatta and Ungogo, where 375 plants were uprooted from Gwarzo farm, 111 plants removed from Danbatta farm while 87 plants were also uprooted from the Ungogo farm.
Likita stated that the development is no doubt a cause for concern, especially if viewed against the backdrop of the spread of the farm across the State and the fact that the cultivation was being carried out in the dry season which means there would be need for more vigilance during the rainy season farming activities.
He further disclosed that a total of 8,983.461 KG of Illicit Drugs made up of 7,701.906Kg of Cannabis Sativa, 1,281.333Kg of Psychotropic Substances, 0.157Kh of Cocaine and 0.065Kg of Heroin were seized between June 2020 and June 2021.
That within the same period under review, a total of 286 persons comprising of 261 males and 25 females were arrested, 155 persons were arraigned in court with 78 convictions (74males and 4 females) secured while 77 cases are pending in court.
The Commander also reveal plan for a collaboration with Bayero University to disseminate facts about drugs, especially the impacts and effects of drugs abuse on women, with particular attention on the adolescent woman and girl child.
The lecture which is part of activities to mark the year’s International Day Against Drug Abuse will be delivered by a renowned scholar Dr. Bello Ibrahim with the unveiling of the Women Anti-Drug Ambassadors project by the State First Lady. Prof. Hafsat Abdullahi Ganduje.