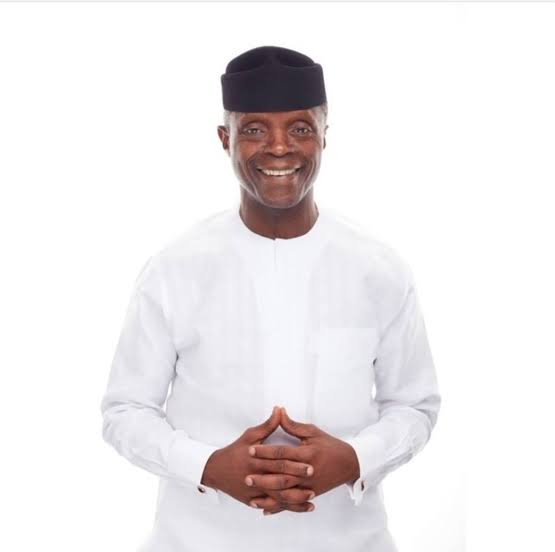 The Honorable Member Representing Tarauni Federal Constituency at the National Assembly, Honorable Hafizu Kawu has described Vice President Yemi Osinbajo as the Next Natural successor of president Muhammadu Buhari considering his pedigree and what he called Laws of Natural Justice.

Kawu who spoke to news men in Kano Monday, said as the country prepares for another general election comes 2023 with lots of suggestions and speculations going round, Prof. Osinbajo whom has proven himself worthy by performing excellently well as acting president on different occasions and performed wonderfully in responsibilities assigned to him should naturally be the next president after president Buhari.

According to him, the vice president who has so much interest for the youth and nation at large has the potentials, capacity, capabilities, qualities and experiences to succeed Muhammadu Buhari and the interest of the APC national leader to run for the same office should not be an issue as he has not declared intention for running for the office of the president.

“If you are following recent developments, one of the former presidents of Nigeria, Gen. Ibrahim Badamasi Babangida recently endorsed the vice president when he received a group of young Nigerians that are campaigning for Prof. Yemi Osinbajo as the next president.

He praised the Vice president to be a good man so looking at that angle, the best person or the natural successor to President Buhari should be Prof. Osibanjo because he’s the vice president and has the potentials, capacity, capabilities, qualities and experiences to succeed Muhammadu Buhari”.

He added that; “As far as I’m concerned, Bola Tinibu has not declared he’s running for the presidency and being one of the closest to the Vice President, I worked as his aid between 2015-2019 before I moved to the house of Reps, I know him personally, I know his capacities so as I said, following the laws of natural justice, and at a time people are saying power should go to the South, he should be the person to succeed Muhammadu Buhari”.

Hafizu described him a loyalist whom has never disobeyed the president as there has been no record of any rancor between him and Buhari.

“He has been loyal to the president, no body in Nigeria can ever say he has heard of any feud between him and his principal officer and he has acted as president on different occasions when the president traveled and shown his capacities which you can recall some of the things he has done”.

Moreover, you can say he has been a president, and an acting president is like a president, so you have seen him, you have seeing what he has done, he’s a professor of law, a man of God and a person that cares so much for the youths of this country.

When I worked under his office, most of us were youths within the ages of 40, I think the and the oldest about 60years, he believes so much in Nigeria, so much in the youth of Nigeria and like I said, look at his pedigree, look at his leadership qualities, he’s a leader that leads by example, Kawu added.

furthermore, the House of Reps Member stated that looking at the giant projects initiated by their government, the best person that will succeed and complete the projects is Osibanjo as part of the problems facing the country include lack of continuity as each government comes with it’s projects and when another one takes over, it abandons the previous projects which if there has been continuity, the Country would have achieved so much by now.

“Let me give you an example, this administration has completed so many projects left behind by the previous administration like the rail lime from Abuja to Kaduna, like the second Niger bridge, Benin-Ore road and so many of them that’s why I think he is the best to succeed to complete the giant projects initiated by this government.

There is no section or region in this country that you won’t find an ongoing infrastructural project this is a major achievement by APC, look at the social intervention program initiated by this government, in fact, it was the vice president that initiated the program.

If you have the opportunity to read the APC manifesto, you will see this social intervention program and the vice president was part of the people that wrote the APC manifesto and theses project like none ever got over 5billion committted, the N-power, Conditional cash transfer, school feeding program, the trader money, these are all programs designed to reduce poverty level.

Although he has not declared intention he’s contesting for president, but myself and others are calling on him to come out and contest so that he can lead Nigeria to the promised land and we think he will not fail us by not running for the office as we are praying and hoping he will contest,” he expressed hope.

Hafizu also expressed hope that the ongoing internal wrangling in their party would soon be a thing of the past as what unites them all is the general internet of the country.

“On the issues of ongoing internal wrangling in our party, I will say that I’m optimistic, and not pessimistic, I see light at the end of the tunnel.

Every party you know have its own kind of issues and these are the beauties of democracy, the up and downs are what makes us stronger.

We all have our differences and internal crisis and you must solve them to come out stronger.