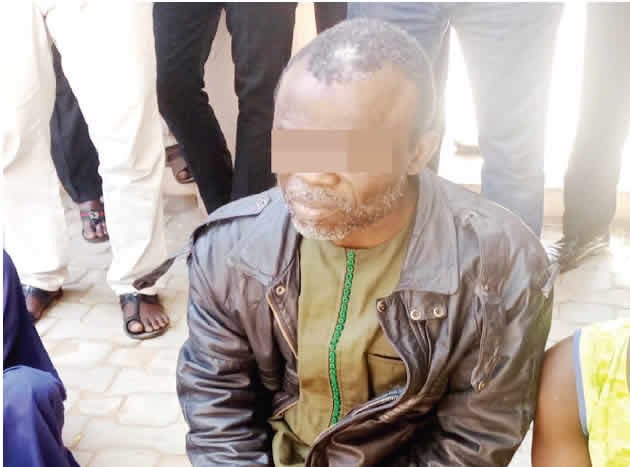 The Police in Zamfara have apprehended a man-eater identified as Aminu Baba, a popular business man and car dealer.

The man-eater was arrested after members of a group who specializes in gruesome killing of unsuspecting teenagers were apprehended.

The state Commissioner of Police, Ayuba Elkana said the suspects were apprehended based on intelligence and information from members of the public.

Baba’s partners, Abdulshakur Mohammed, 20; Buba, 17 and Tukur, 14 confessed to usually sell their victims’ bodies at the rate of N500,000 per body.

Aminu, a father of 19 in his confession said he usually ate the body parts and identified the throat as the most delicious part while he sold some of the human parts to his customers.

Exhibits recovered from the suspect included intestines, oesophagus, penis and two eyes while the a mutilated body of Ahmad Yakubu, 9 murdered by the groups had since been recovered.

All suspects are in custody as police intensify investigations to further unravel more details for their prosecution.