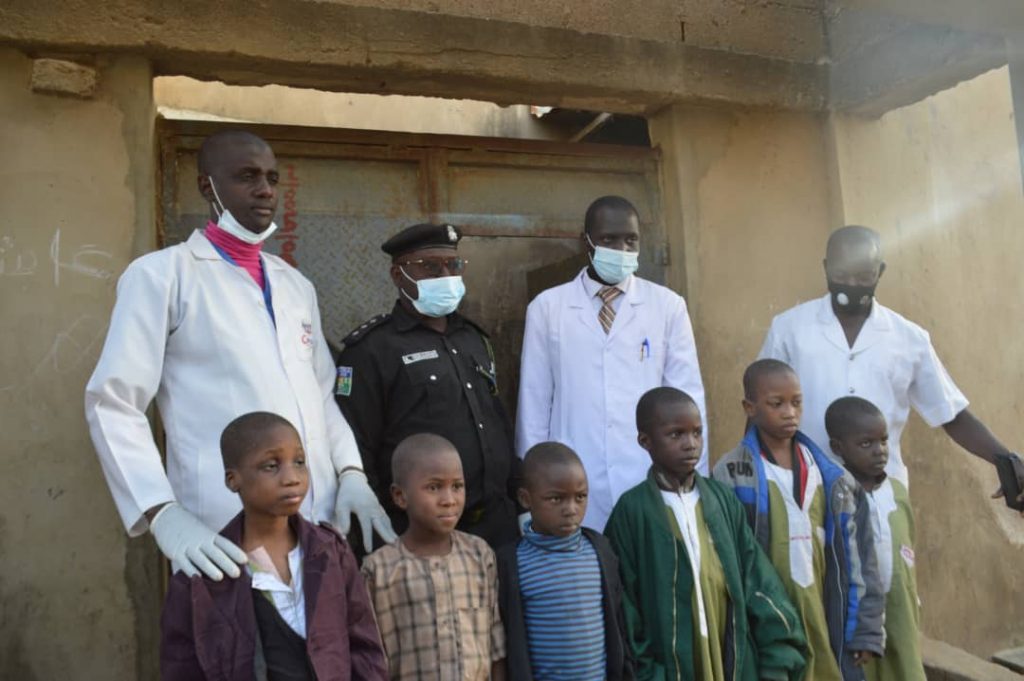 The Police in Kano have arrested one Musa Safiyanu, ‘m’, 55 years old, of Naibawa ‘Yan Lemo Quarters, Kumbotso LGA, for running an illegal rehabilitation home despite the state government’s ban.

The Command’s Spokes Person, SP. Abdullahi Kiyawa revealed that a team of detectives led by CSP Abdulkarim Abdullahi have so far rescued a total of one Hundred and Thirteen (113) inmates who were discovered confined and locked up in a room with various degrees of injuries resulting from torture.

He said, all the victims were rushed to Murtala Mohammed Specialist Hospital Kano for treatment and handed over to Kano State Government.

Kiyawa further stated that On preliminary investigation, the suspects confessed to have been operating the centre for over ten (10) years despite the initial ban by Kano State Government.

“The Commissioner of Police CP Sama’ila Shu’aibu Dikko, fsi have ordered for discreet investigation and Suspects will be charged to court upon completion of investigation”, he added.