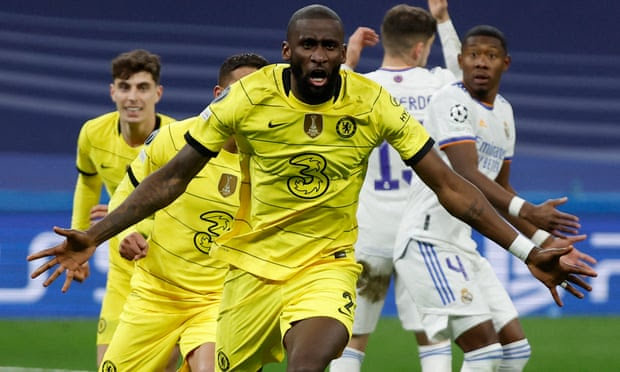 Real Madrid are close to signing Antonio Rüdiger on a free transfer after reaching a verbal agreement with the Chelsea defender over a lucrative four-year contract.

Rüdiger held positive talks with the Bernabéu club’s hierarchy over the weekend and is set to receive a considerable pay rise having decided to leave Chelsea when his contract expires at the end of the season. Real’s manager, Carlo Ancelotti, has identified the Germany international as a key signing and while the move has not been finalised it is should be confirmed soon. The 29-year-old is expected to earn at least £200,000 a week.

Chelsea were desperate to keep Rüdiger, who earns around £90,000 a week, but were unable to reach an agreement with him before the sanctions imposed on Roman Abramovich left the club unable to hand out new contracts. Talks with the 29‑year‑old centre-back broke down after Chelsea offered him a deal worth a minimum of £200,000 a week, only to be met with a request for a signing-on bonus and large fees for the player’s representatives.

Negotiations ended with Rüdiger rejecting Chelsea’s offer and the uncertainty over the club’s ownership has played a huge part in his impending departure. The former Roma defender was not willing to wait for Abramovich to sell the club and has decided to seek a new challenge. Bayern Munich, Barcelona, Manchester United, Juventus and Paris Saint‑Germain have targeted Rüdiger but Real are expected to be his next destination.