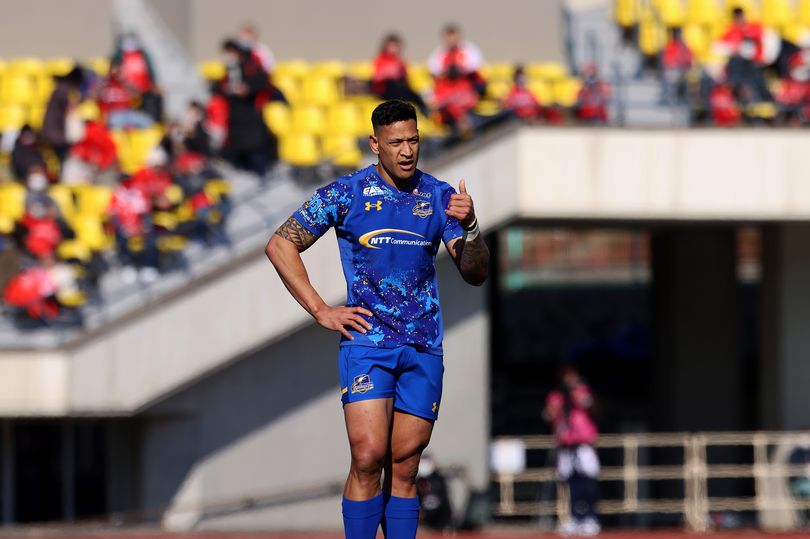 Former Wallabies full-back Israel Folau has ended his international exile after being selected by Tonga following his sacking by Australia in 2018 owing to controversial and offensive social media posts.

Folau, 33, played 73 Tests for the Wallabies before Rugby Australia cut him after he published an Instagram post which said hell awaited “drunks, homosexuals, adulterers, liars, fornicators, thieves, atheists and idolators”, which prompted an almighty backlash.

Since his sacking by Australia, Folau has played both union and league, but this season the 33-year-old has played for Shining Arcs Tokyo-Bay Urayasu in Japan’s Rugby League One, scoring 10 tries in 12 outings.

He is named in Tonga’s 31-man squad to face Fiji, Samoa and Australia A in the Pacific Nations Cup. Folau is included alongside former All Blacks Charles Piutau and Malakai Fekitoa in a new-look squad for the Pacific Islanders.

The trio’s inclusion marks the return to international rugby for all three players under World Rugby’s new eligibility laws introduced on January 1, allowing Test-capped players to represent a second country for whom they are qualified to play via birthright following a three-year gap.