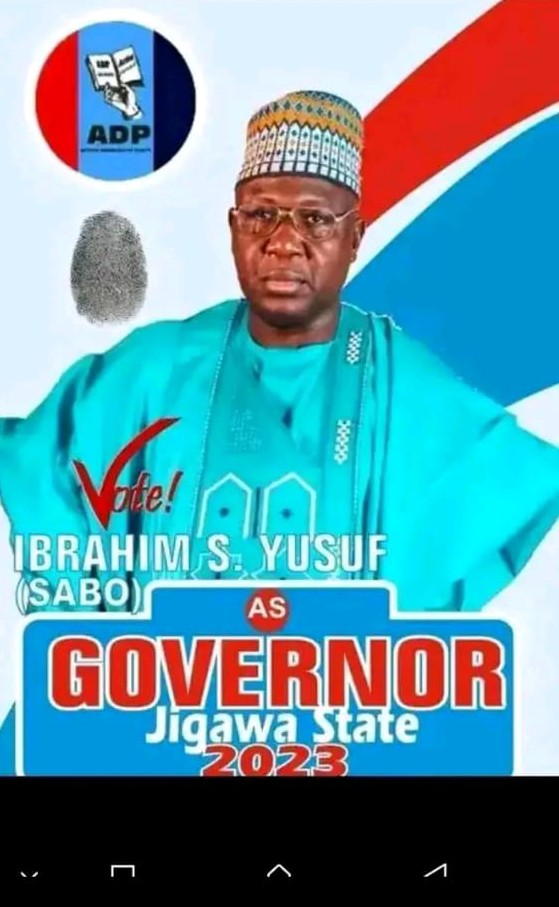 Sabo, who emerged as the party’s gubernatorial candidate of the party got the flag as the consensus candidate after the party Deligates rallied around him as the most qualified candidate.

According to the party’s flag bearer, “It is time to deliver more democratic dividends to our people of Jigawa”.

“Our party has got what it takes to change the life of the people in the State for better, we know what you want, we know what needs to be done and we are ready to do our best”, he said.

He charge party members to further unite and work for the success of the party during the forth coming 2023 general elections while assuring electorates that the ADP belongs to them as such, urge them to take back the State’s mantle of leadership by voting in the ADP.

Yusuf applauded the support of the party members, deligates and the people of the state as he expressed optimism to emerge the next governor of the state insha Allah.