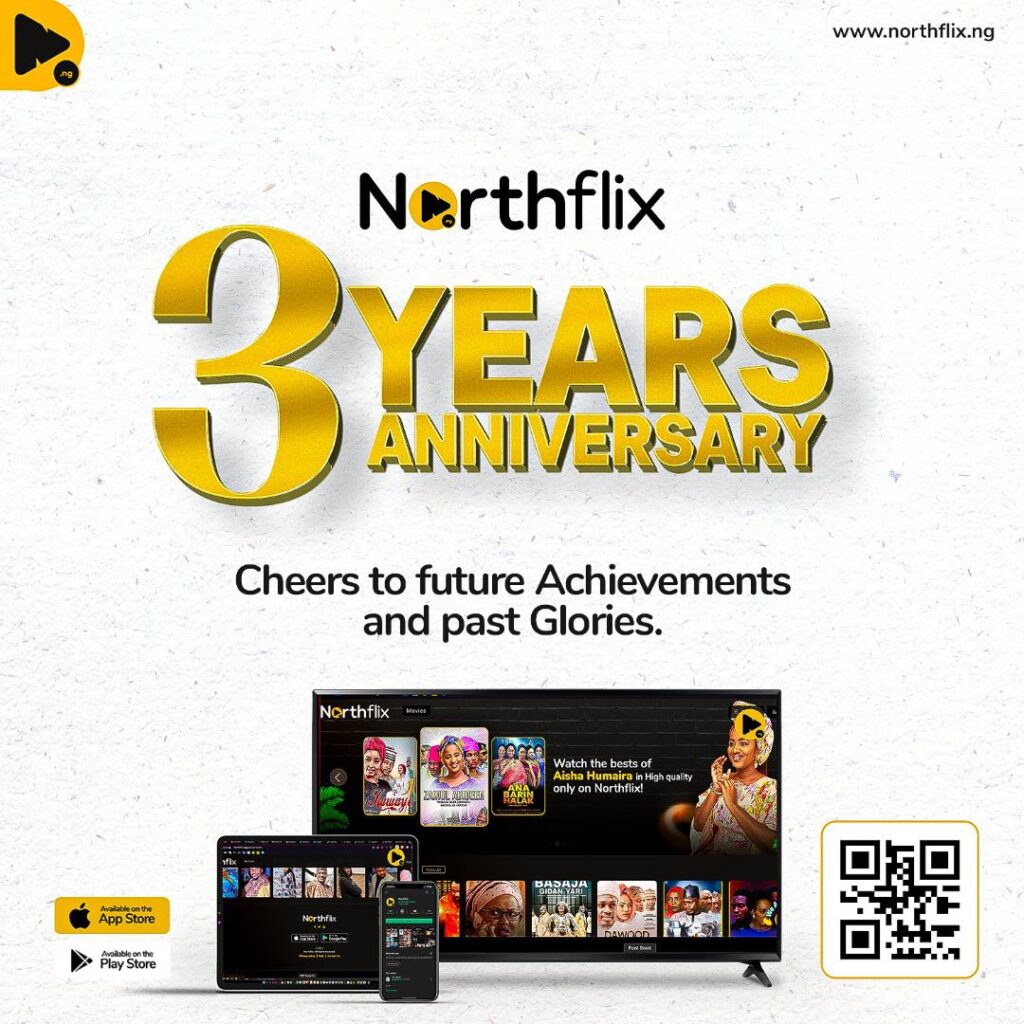 Launched in 2019, the popular Kannywood streaming platform “Northflix” has clock three years operating in the cyberspace.

Northflix is an in video streaming application that projects and dessiminate exclusive Hausa films to viewers across the world in real time on their devices over the use of internet.

The Chief Executive Officer and Founder of Northflix Jamilu Abdussalam made the statement in a release issued to newsmen on Saturday 11th June, 2022. 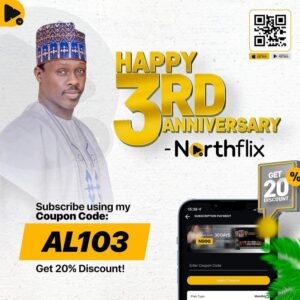 According to Jamilu Abdussalam “the Northflix application has been showcasing attractive and entertaining contents that are exclusive to the platform at the sum of 1500 Naira as monthly subscription fee which the company later introduced four more subscription packages from weekly, monthly to annual plans to accommodate different class of customers, and also was discounted the monthly plan to 999 Naira only.”

To give wide spread of flexibility for viewership, Northflix application can be found in all android and iOS devices on phones, tablets and smart televisions.

He noted that “one of the great successes recorded by Northflix is the wide acceptance of the platform across 85 countries of the world including Africa , Europe, Asia and America with over one hundred thousand subscribers using the application.

He asserts that the secrets of the outstanding performance of Northflix include the strong relationship with the practitioners in the industry and its nose for quality contents and its team efforts to up the standard of the industry and meet the expectations of millions of people with strong internet in what Hausa entertainment contents and it the the Northern Culture.

Another feat recorder by Northflix is the use of up to date robust technology that provides seamless streaming of the platform with a unique interface for ease of use.

Last year, Northflix raised a seed investment from a VC firm. And in spite of the investment the company attracts, Jamilu added that successes can not be recorded without challenges and one of the major challenge confronted by Northflix was how one of its international competitors Netflix challenged them on intellectual property right through the copyright commission on their brand identity, “we were able to establish a common ground for both parties.” 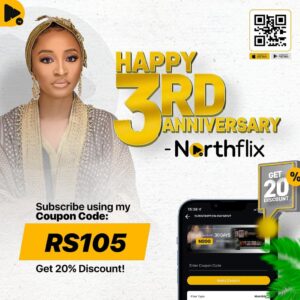 As a result of that Northflix is now attracting other indigenous streaming platforms like Arewa on Demand, Kallo and Kannywood box to compete in this ecosystem. Of course, competition brings about healthy productivity and efficiency in outputs by the companies, this’s why Northflix is going in line with best international practices .

Northflix has recently sealed partnership deal with the 9mobile being one of the leading telecommunication companies in Nigeria to provide affordable internet data for its Nigerian customers. And to make the customers download as much contents on the app to watch later offline.

Jamilu Abdussalam also called on government to invest so much attention and resources in the entertainment industry as way to curb the lingering menace in the country by way of creating sensitization and by keeping the youth engaged with a lot of job opportunities.