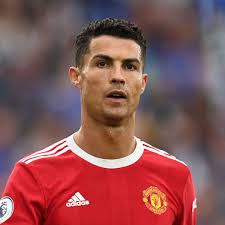 Portuguese legend, Cristiano Ronaldo has informed Old Trafford’s hierarchy he wants to leave just a year after his sensational return to the club, and has outlined specific reasoning for his request.

Sources also believe agent Jorge Mendes may already have a buyer lined up.

Ronaldo is determined to carry on playing in the Champions League as he nears the end of his career, and United’s failure to secure a top four finish last season has convinced him he needs to find a club where he can compete for top honours again.

The 37-year-old has requested United allow him to leave provided they receive an acceptable offer this summer.

With the Portugal international in the twilight of his career, he is adamant he wants to carry on playing at the highest level of the game and does not want to miss out on the Champions League for even one season.