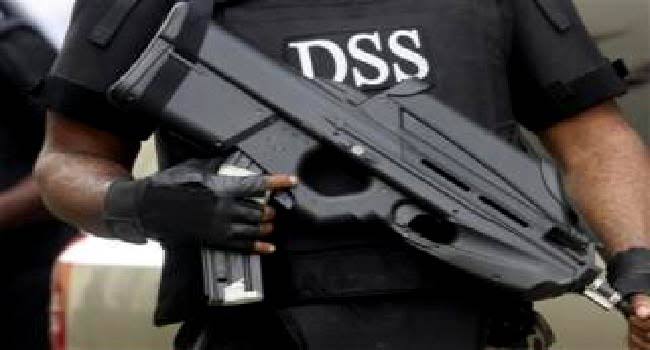 Hon. Wase’s Revelation, A Vindication of The DSS

In recent times, the nation is facing numerous security challenges which include banditry and kidnapping in North East and North west, separatist agitation in the South East, illegal oil bunkering in the South South and various violent crimes in the South West.

In the last 20 days, these challenges have exacerbated in parts of the country, notably the North Central where for instance, there were violent attacks on Kuje Correctional Facility and the Abuja-Kaduna bound train. These had led to the escape of prisoners and kidnap of passengers for ransom respectively.

It has also endangered the Kaduna-Abuja train route, eroded public confidence in government to secure lives and elicited backlash from citizens who blamed security agencies especially the DSS for its failure to provide proactive intelligence to prevent the incidents.

Meanwhile, the DSS is always steadfast in churning out intelligence reports and warnings on impeding attacks not only to relevant agencies but also to the public.

It is on record that in March and April, 2022, the DSS issued alerts to the public on plots to attack parts of the country. But it was  unjustifiably blamed even when the reports were overlooked.

It is however reassuring that, though the DSS in its noiseless nature, remains silent in the face of these criticisms and refuses to defend itself, commentators and experts have continued to argue in its favour given the agency’s historical antecedents, professionalism and leadership capacity.

This came to a peak with the recent revelation by the Deputy Speaker of the National Assembly, Honourable Ahmed Idris Wase, a political stakeholder who could not have supported the service to gain any form of influence but saw the need to state the truth to clear his conscience.

Wase was quoted to have said, “You can imagine what is happening today in Abuja. I will be frank with you. I went through DSS reports. 44 reports were given before the attack of Kuje. I want to say so, I want to confirm to you, 44. I read through all the reports. And it all has to do with this, there is no community that one attack or the other that will happen and you will not have an intel and this is part of the intel that they have given as what is going to happen, what is happening. So we have to cooperate with the government.”

This statement is not only a clear vindication of the DSS but an indication that it has not failed in its duties.

The Wase disclosure has also vindicated the Intelligence agency from the public misconceptions that its inaction led to jail breaks around the country, the Abuja-Kaduna train attack as well as other forms of insecurity.

Wase has absolutely absolved the DSS and proved its readiness to ending security challenges facing the country through the provision of timely intelligence to various security agencies for proactive measures to be taken.

Other undisclosed sources have also affirmed that the Service gave these reports long before the attacks were carried out. But even in the face of these confirmations, the DSS has not issued a single statement in a bid to put up a defence or indict other agencies for their failure to take action. This is what professionalism, maturity and team spirit and interagency harmony are about.

The whole episode displayed the ignorance of many Nigerians who do not understand that the roles of security agencies are clearly demarcated such that while the DSS acquires intelligence and passes on to the relevant end users, the receiving agencies are responsible for taking preventive action.

For the avoidance of doubt, the Department of State Services is the country’s domestic intelligence agency charged with the basic responsibility of prevention and detection of threats against the internal security of Nigeria.

It’s also among other duties, timely disperses intelligence to beneficiaries for appropriate action. Since the establishment of the agency, it has played a vital role in promoting peace, unity and national integration of Nigeria.

It is pertinent to also state that the DSS now under the able and amiable leadership of Yusuf Magaji Bichi, has not shifted from its responsibilities but rather, witnessed tremendous leaps in both administrative and operational achievements as well as contributions to security management.

Since his assumption as Director-General, it is obvious he has sustained the legacies of previous predecessors in channelling absolute loyalty and commitment to securing the Nation against threats and maintaining its internal security and stability.

Bichi has discharged his responsibility with complete devotion and improved partnership with relevant stakeholders.

The Service has continued to record  successes in the execution of its mandate of intelligence acquisition and dissemination. Predictably, these efforts have led to several feats in curtailing security breaches in the country.

The statement by Wase is a clear example of when truth outshines falsehood. It has acknowledged the resilience and efforts of the DSS in intelligence gathering contrary to the misconstrued opinion that it is failing to provide necessary information.

The DSS is doing so much to secure the country and it is believed that many more Nigerians will speak out this truth.

It is to be reiterated, that the DSS has remained steadfast in its commitment to national security. Thumbs up to Honourable Wase for your honourable and sincere act of speaking the truth when it mattered.