The Northwest Zonal Director, APC Media Mobilization for Bola Ahmed Tinubu, Ambassador Aminu Nuruddeen on Monday said, their presidential candidate has what it takes to lead the country to the promised land.

Aminu who made the remarks during a courtesy visit to the leadership of the Association of Kano Online Journalists, explained that the Ruling, All Progressive Congress candidate, Bola Ahmed Tinubu has demonstrated his leadership style and ability to transform the lives of his people for better during his reign in Lagos as a governor. 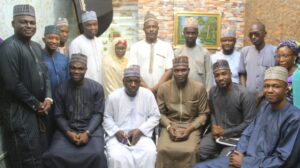 According to him, Nigeria needs a president like Bola who possess unquantifiable wealth of wisdom needed for rapid development of the country and can transform the nation into a new Dubai where businesses and its people flourish.

“Asiwaju Ahmed Tinubu has created for himself, a name to always remember when the development of Lagos is discussed.

He was able to transform Lagos using its AGR without waiting or depending on the Federal Government intervention. 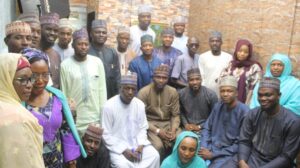 Today, Lagos stands out in the whole federation due to his patriotic contribution.

A man who can manage a place like Lagos successfully, no doubt will do extremely well if given the mandate to govern the country because Lagos as you know, is more than some countries”, he added.

Furthermore, he noted that the APC presidential candidate has surrounded himself with people of high caliber with whom he will introduce and implement his developmental policies.

“You can see from his choice of Vice President, Kahim Shattima, and other key persons around him, I assure you he will do more than expected”.

He however, revealed that the youth group has put in place every mechanism to support and mobilize the Public for the success of the party and all its candidates vying for political positions both at local and national level.

The Acting Chairman and Secretary of the Association, Yakubu Salisu who received the delegation explained that the Association is made up of experienced and certified journalists who have worked with various conventional media.

He assured them of maximum cooperation.